Home to a growing cluster of agri-food manufacturing operations ranging from 30 to 350 employees, Portage la Prairie is immersed in agricultural production with optimal access to both resources as well as major transportation routes to get your product to market. This, combined with Manitoba’s competitive hydroelectric utility rates and abundant capacity of water for the food manufacturing sector create an ideal location for your next development. 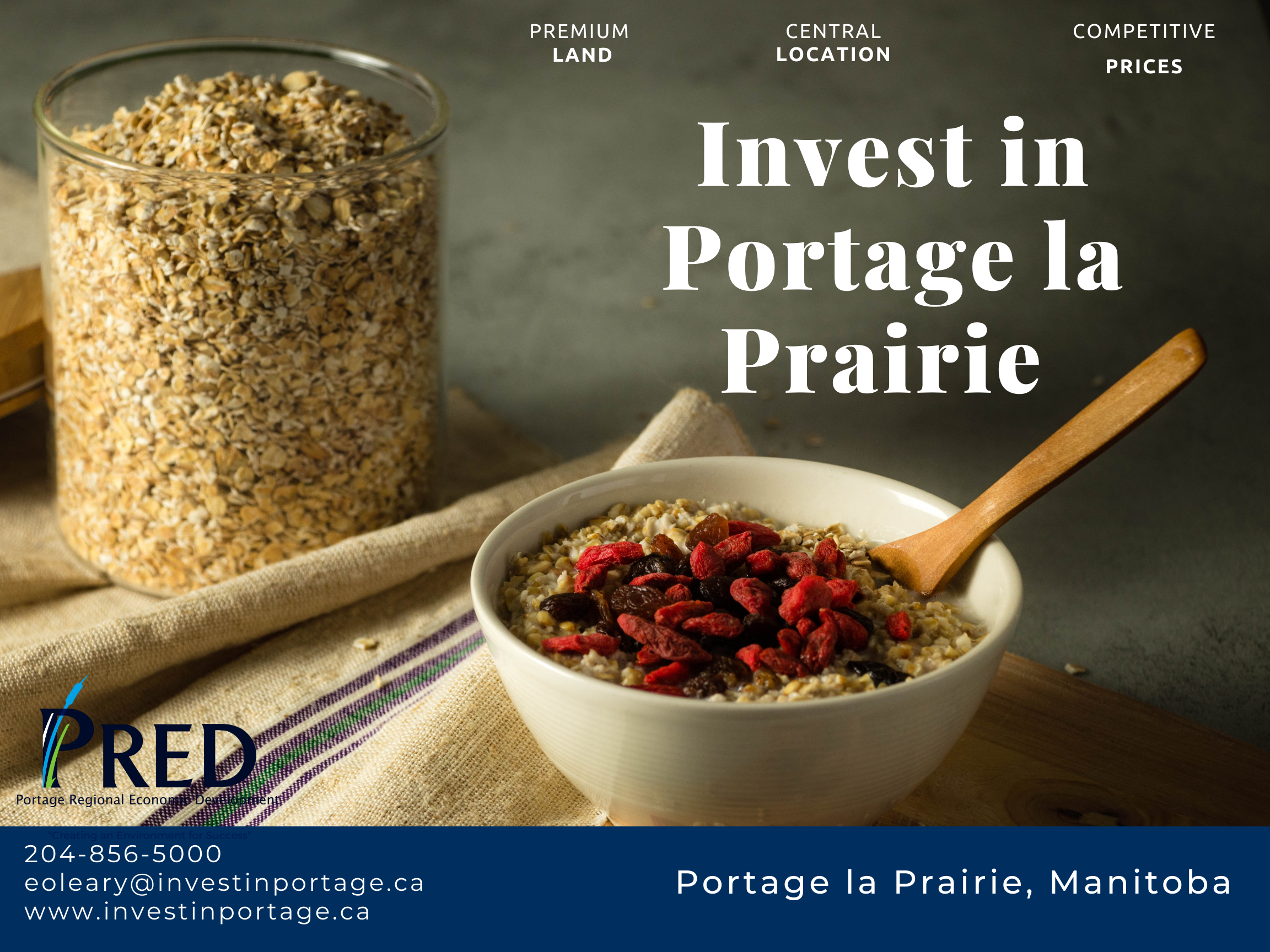 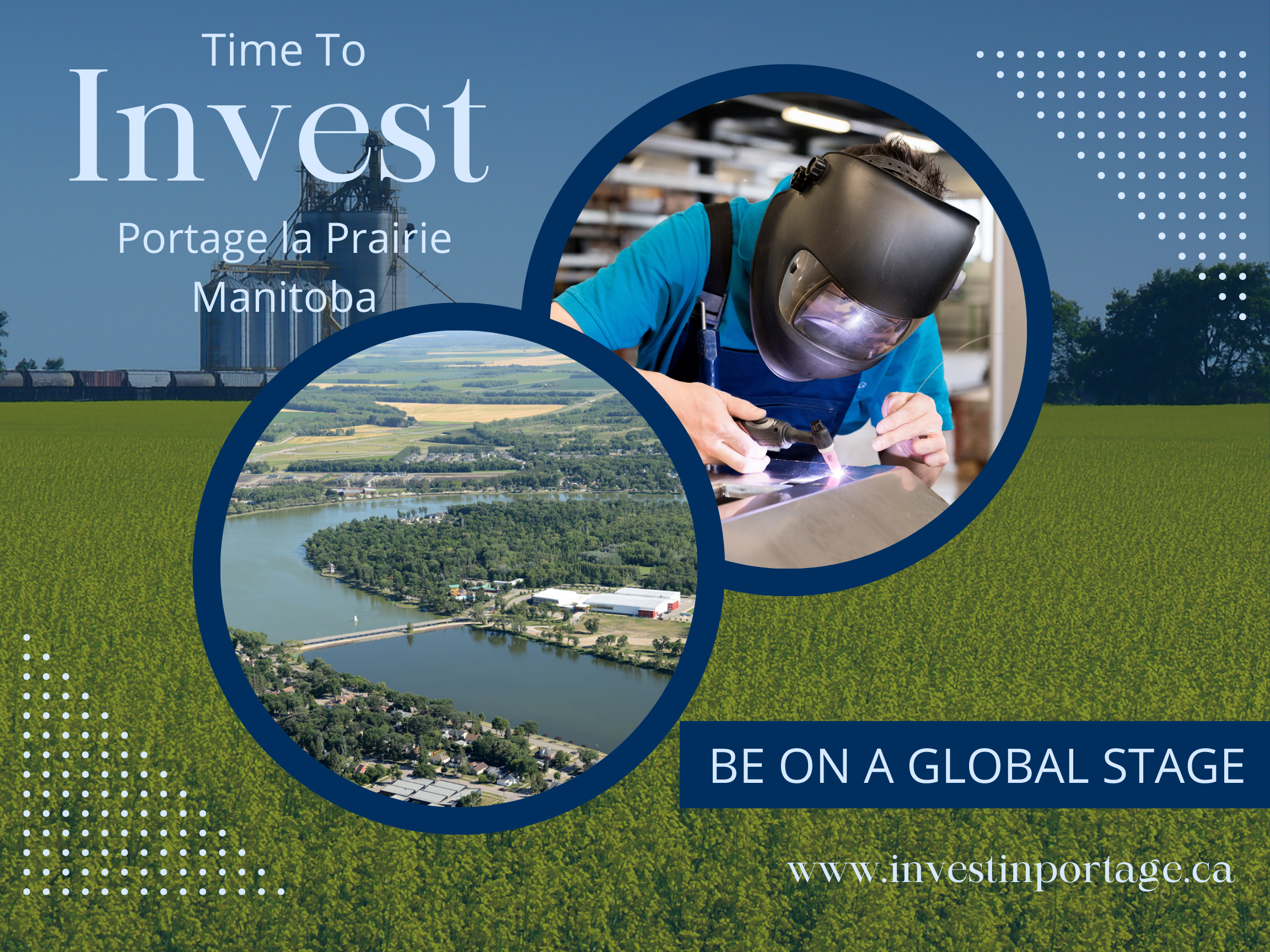 Food manufacturing is a leading employer in Portage la Prairie. Recent investment indicates that this number is growing. Among the food production staged locally includes:

With an international presence, employing more than 20,000 globally and generating in excess of $9 Million annually in sales, McCain has been a fixture of Portage la Prairie since 1980. The local plant produces french fries – a staple of McCain’s product line. In fact, the company produces so many fries per year that it is estimated than one in three fries in the world are produced under the McCain brand. The local plant employs 350.

NutriPea has been promoting the benefits of yellow peas as an ingredient in a wide variety of health food products since it opened in Portage la Prairie in 1997. Their products are exported not only to the United States but also to Brazil and Mexico. Operating with a local team of 30, the reach of their business spans internationally.

Announced in January 2017, construction has begun on the $400 Million Phase One of a five phase pea protein processing facility – slated to be the largest of its kind in the world. The plant will create 150 ongoing positions upon the start of production in the Spring of 2019 when it will begin processing 125 thousand tonnes of yellow peas per year.

Located just west of the City on the Trans-Canada Highway, Simplot’s Portage la Prairie facility ships more than 300 Million pounds of frozen french fries and specialty potato products each year to vendors across the continent. Simplot has made its home here since 2003 and serves the restaurant industry across Canada and many regions of the United States. Locally, Simplot employs 260. In February 2017, the company announced a $330 Million expansion which will double the size of the plant, creating an additional 87 positions locally.

Portage la Prairie is home to the Province’s Food Development Centre, an agency that assists manufacturers and producers of all sizes to test and prepare their product for market. From commercial preparation space on a per use basis to longer term leases through a business incubation model, the FDC can help to take your product from concept to store shelves and assist you in meeting all of the regulations in the Canadian food market.

Situated at the geographic center of Canada (Latitude: 49.972321 | Longitude: -98.290325), Portage la Prairie holds the distinction as the only site in Canada where the Canadian National and Canadian Pacific railways converge. Our placement with Trans-Canada Highway access, close proximity to Winnipeg, and our immersion in the agricultural hotbed of the region provides multiple advantages for investors.

Manitoba is a hub of agricultural production, which makes us ideally suited for food production ventures that place the manufacturing close to the resources required.

Latest data for the Province identifies our 2016 production as follows:

Manitoba’s capital city, with a population of more than 709,000, sits within the radius of Portage la Prairie’s trade area. Situated just 85 kilometres away, Winnipeg is close enough for a cross-pollination of commuters who live in one city and work in the other.  Winnipeg is home to the Richardson International airport, which is within a one hour drive to Portage la Prairie.

Proximity to the U.S. Market

Portage la Prairie’s land prices, combined with Manitoba’s competitive electricity rates and Manitoba’s key positioning as a major data hub to the American Midwest as well as a mid-point across Canada create an excellent environment for industry requiring high speed data to conduct business, or for data centre development.